French and Italian varieties of opera have intermingled and informed one another from the genre’s first decades onward. Yet we still have only a hazy view of why and how those intersections occurred and what they meant to a given opera’s creators and audiences. Margaret Butler’s Musical Theater in Eighteenth-Century Parma: Entertainment, Sovereignty, Reform tackles these issues, examining performance, spectatorship, and politics in the Bourbon-controlled, northern Italian city of Parma in the mid-eighteenth century. Reconstructing the French context for Tommaso Traetta’s Italian operas that consciously set out to fuse French and Italian elements, Butler explores Traetta’s operas and recreations in Parma of operas and ballets by Jean-Philippe Rameau and other French composers. She shows that Parma’s brand of entertainment is one in which Traetta’s operas occupy points along a continuum representing a long and rich tradition of adaptation and generic play. Such a reading calls into question the very notion of operatic reform, showing the need for a more flexible conception of a volatile moment in opera’s history. The book elucidates the complicated circumstances in which entertainments were created that spoke not only to Parma’s multicultural audiences but also to an increasingly cosmopolitan Europe. MARGARET R. BUTLER is Associate Professor of Musicology at the University of Florida and visiting associate professor at the University of Wisconsin-Madison. 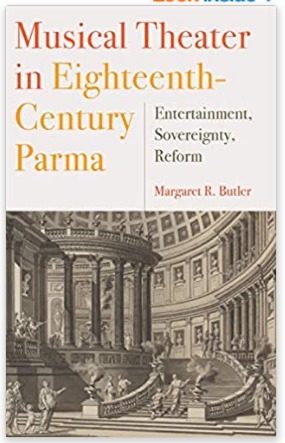